“Boyce’s family history wasn’t the only part of the Westminster panel. Students also conversed about the role of privilege in white Americans’ understandings of U.S. history. Before concluding the talk, Boyce took back the mic and left the young people with a few parting thoughts. “We can continue this conversation beyond this room. Because that is what needs to happen,” she said. “This needs to be cared about before we can try and get a huge database or legislation overnight to fix the problem. We have to want to fix it first.”

After stepping down from the podium, Boyce told City Weekly this sort of outreach is critical to MMIW’s work. Bridges must be built so that vulnerable members of an already-historically exploited group can be protected. “We can’t do everything on our own, with just Natives working on this,” Boyce said. “It needs to stop. In order for something to stop, you have to at least know about it, or know that it’s happening.”

Conversations like the one at Westminster College are an important part of both the healing process and in stopping the scourge, Boyce says. The stakes are high—violence against women has global economic consequences, to say nothing of the moral imperative of alleviating the tribulations of millions of people. “Unless we start addressing this issue or accepting the fact that is an issue, then we will reap the consequences of being complicit,” Boyce says. “It will come back to us in some way or another.”

Boyce thinks it can be difficult for people to grasp the enormity and scale of such violence and suffering—she says it’s tough for people who aren’t Native American to accept such horror is a reality for many people living in cities and reservations throughout the U.S. “It’s a big ask,” she says, but merely acknowledging this violence means a lot. “Every time someone has said, ‘Wow that’s hard, that’s a hard thing,'” they accept that it’s true. That actually takes some of the weight off my shoulders. That makes it lighter.” 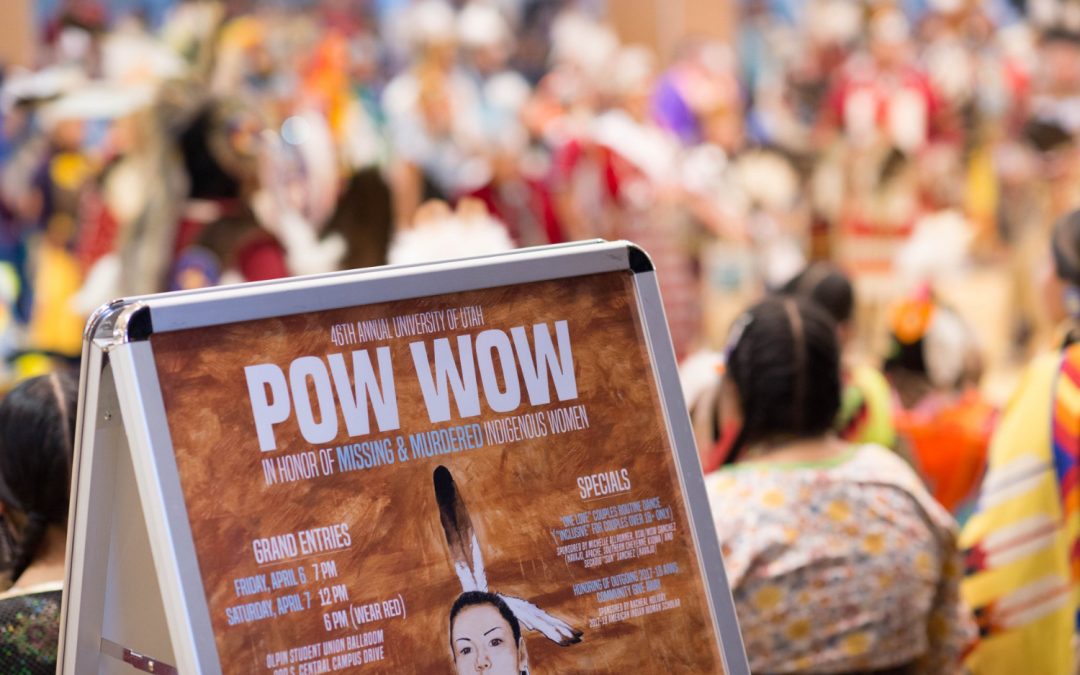 Pandos at University of Utah PowWow Raising Awareness for MMIW+

Cassandra Begay and Carol Surveyor bring awareness to the University of Utah. Read more in the Daily Chronicle to read the full story.

“These stories are really hard to process, to hear about and to have happen in our communities, to our families, to our sisters, to our cousins, to our aunties,” Pechanga said. “For me, dancing in honor of them is a way to heal my own heart and strengthen myself and strengthen my community. I dance for those who can’t.”

“You don’t really know about things unless you go to the grocery store and run into someone,” says PANDOS Education Chair Rose Yazzie, a Diné elementary teacher. “You only heard about it through word of mouth.” Yazzie now lives in West Valley City, but taught on the Navajo Nation when 11-year-old Ashlynne Mike was abducted and murdered there in 2016. That, Yazzie says, pushed residents into action on social media channels during the search.

“People woke up,” she says.